Ever since the advent of the android market, the platform for gaming and its popularity has risen. Retro games have identified the opportunity that the market offers and capitalized on the situation. However, you will need to be a little careful in downloading the game lest you will end up in a game that will sour your retro experience on android. Even though all the games of the past will give you a nostalgic feeling, some dominate the ground. They have a unique touch to them and every gamer feels enticed. 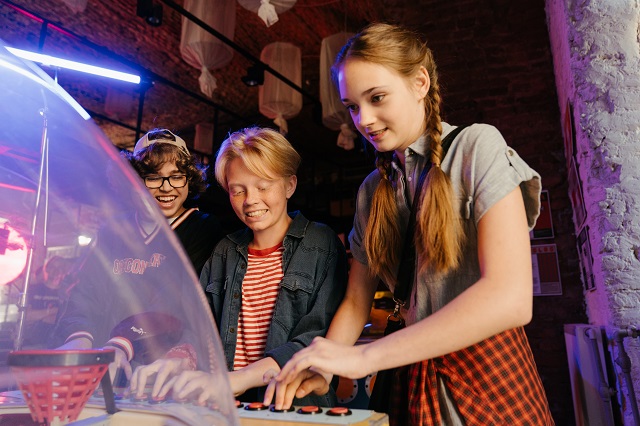 With a price of $9.99, the developer has three titles to its name and considered to be one of the best in the play store. The titles include Baldur’s Gate, Baldur’s Gate II, Planescape: Torment, Icewind Dale, Neverwinter Nights, and Seige of Dragonspear. The platform uses a 2000s theme to create a remarkable impression of the retro games. Though the games can be played on a small screen, it would be best if you prefer a bigger screen so that it’s experienced to the fullest.

Once dominating the Playstation world in the late 90s, Castlevania is a name that has carved a space in the retro games. With a classic outlook, the game is compatible and has support for multiple languages. You can purchase the game for $2.99 and there are no in-app purchases, so you won’t be bothered by pop-ups.

Crossy Road is a unique name in the free play category. The game progresses through some obstacles and roads. The timing can play an important factor in the game. From the developers of Pac-Man 256 and Shooty Skies, Crossy Road is a name to look for. In addition to that, there are various characters that you can unlock.

There are two versions in these titles with the prices of $0.99 and $7.99. The sophisticated design entailing a smooth experience with various variants as the progress of the game, the high-end graphics, and the features are enticing. Besides that, there are usual components like the fighters, RPG, and other features. Though the second title is a little bit expensive, at the same time, it still does justice to the entertainment.

The developer has managed to gain a favorable reputation thanks to its range of games that operate on a retro theme. Even though various games are attributed to the name, only some have boosted the goodwill of the developer. Among the names are Grand Prix Story 2 and Ninja Village. There are arcade, survival, and the race among the genres that add the enticing factor to the games.

Though there have been various developers in the google market, the need for the best selection is more imperative than ever. You will not want to ruin the first-time experience so you must look for the best platform that offers a better execution of the retro games on their platforms.